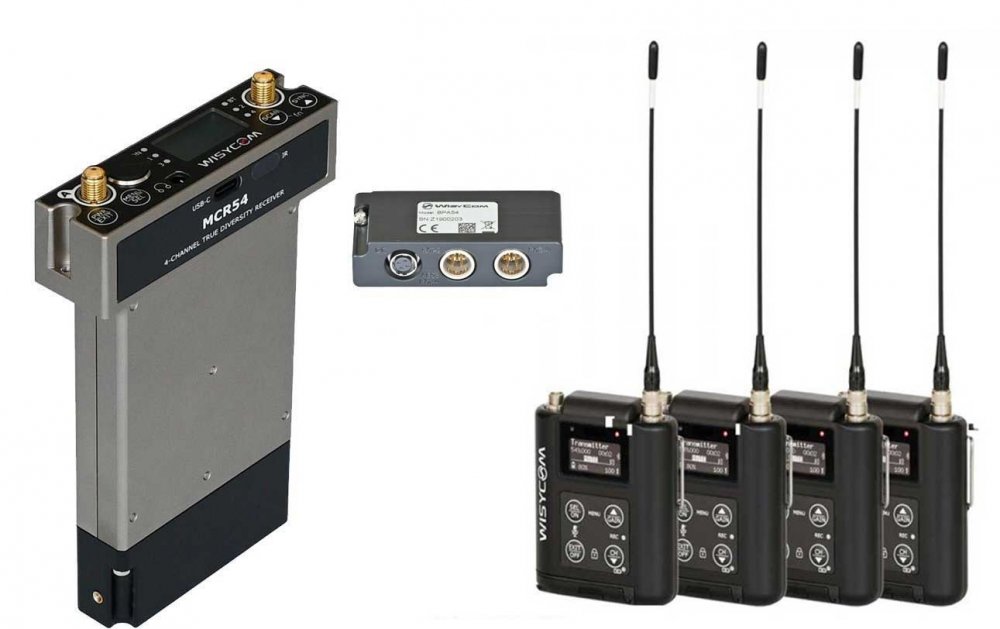 HIGH DENSITY
With the combination of Narrowband Modulation and Linear transmitters, set your channels every 200kHz without intermodulation distortion and get an extra 3dB sensitivity.

MCR54 is a quadruple true diversity wireless microphone receiver system in a modular stand-alone or slot-in configuration. It's compatible with most camera's slots and multi-slot mixer accessories.

BPA54 is a stand alone rear panel for the MCR54.