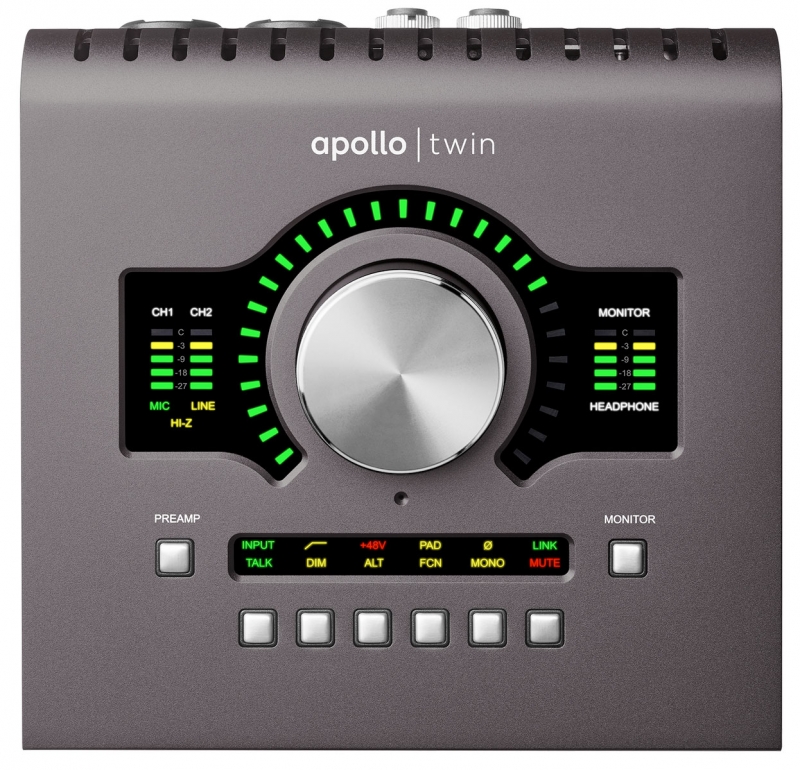 Realtime UAD-2 Processing - A Studio Full of Analog Sounds
Building upon the Apollo tradition, Apollo Twin MkII opens up a range of classic analog tones and color via its Realtime UAD Processing. Available with a choice of UAD-2 QUAD, DUO, or SOLO Core processing onboard, Apollo Twin lets you record through the full range of UAD Powered Plug-Ins at near-zero latency
including genuine analog emulations from Neve, Studer, Ampex, API, Lexicon, Manley, Fender, and more.

Right out of the box, the Apollo Twin MkII includes the "Realtime Analog Classics" suite of UAD plug-ins - the UA 610-B Tube Preamp & EQ, Raw Distortion, Softube Amp Rooms, legacy LA-2A and 1176LN compressors, Pultec EQs, and more - so you have a rack full of bonafide audio classics already onboard.

Professional Performance and Scalability with Console 2
Users of Apollo Twin MkII can combine up to four Apollos and six total UAD-2 devices - adding I/O and DSP as your studio grows. Once you expand your studio with an Apollo 8, 8p, or 16 rackmount unit, you can use Apollo Twin as a desktop monitor control while still tapping its additional I/O and DSP power.

Be the first to write a review
Free shipping in Canada. Conditions
View more products from Universal Audio