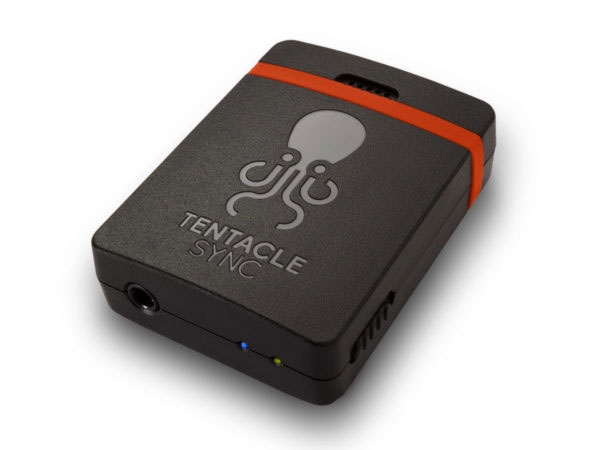 Do you want to see other Tentacle Sync products?

We have a few suggestions you could be interested in; 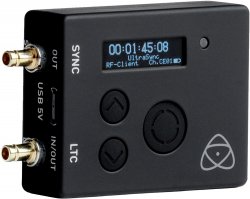 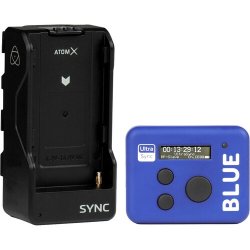 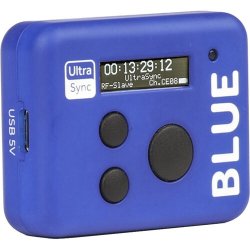 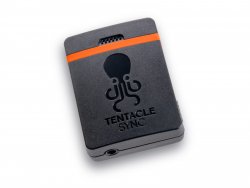 The TE1 is the Sync E - Single Set Smart, Bluetooth Timecode Generator. The natural successor to the original TS-1

IT'S TIME FOR THE NEXT GENERATION
The Sync E is small, light and extremely powerful. It takes all the good things from the original Tentacle and adds a range of funky new features, putting a world of possibilities into your hands. In a beautifully-designed new body.

BLUETOOTH - YES, IT WORKS!
Some of you might be thinking: why Bluetooth The answer is simple. Most of our customers love connecting to their phones and Bluetooth is the most common and widely-used wireless technology used by almost all of them. You already have cable independence in the palm of your hands.

Battery. Each Sync E comes with Bluetooth low energy built-in. You can monitor and setup with ease and battery life is up to 35 hours. A bit like a fitness armband.

Connectivity. Forget the old phone/car radio connectivity problems. Simply hold your phone close to your Tentacle Sync E to link it with your app.
This Infographic shows that three Tentacle are connected to a Smartphone - Smart Timecode Generator with Bluetooth Connectivity - Syncing Simplicity

Monitoring. Tentacles don't have a built-in display - and that's just how we like it. The best user-interface is your phone. Now you can use it to monitor and setup your Tentacle Sync Es with a frame-accurate timecode display, without the need for any additional equipment.

Accuracy. We've been tweaking Tentacle algorithms to such an extent that your Tentacle setup app can tell you with frame accuracy how well your Octopodes are syncing.

Future. Every Tentacle acts as a master and broadcasts timecode independently via Bluetooth. This means in theory every mobile device can make use of this timecode, opening up a whole world of seamless connectivity without needing any new technology - straight out of the box.

BUILT-IN MICROPHONE - MORE THAN SCRATCHING THE SURFACE
Connecting timecode equipment to the mic input of a DSLR-type camera cuts off the internal audio. Tentacle Sync E is the only solution on the market which comes with a high-quality built-in 'scratch' mic. This lets you record both timecode and ambient sound simultaneously with one device.
This Infographic shows that Timecode and Audio from the built-in Microphone is recorded on the camera- Smart Timecode Generator with Bluetooth Connectivity - Syncing Simplicity

YOU GOOD-LOCKING CLAMP YOU
What locks a connector when the connector locks but isn't a locking connector A clamp. The 3.5mm mini jack is without a doubt the most common and versatile connector in the world. And with our new clamp it's now become lockable, meaning you don't need to buy any non-standard, unusual cables or connectors. It's designed around you, not us.

FULL SOFTWARE INCLUDED
Every Tentacle unit comes with a fully full featured version of Tentacle Sync Studio (macOS) wich enables you to sync your material with just a click. It works with nearly any kind of timecode, even if you have used a competitor's timecode technology.

WHAT'S IN THE BOX