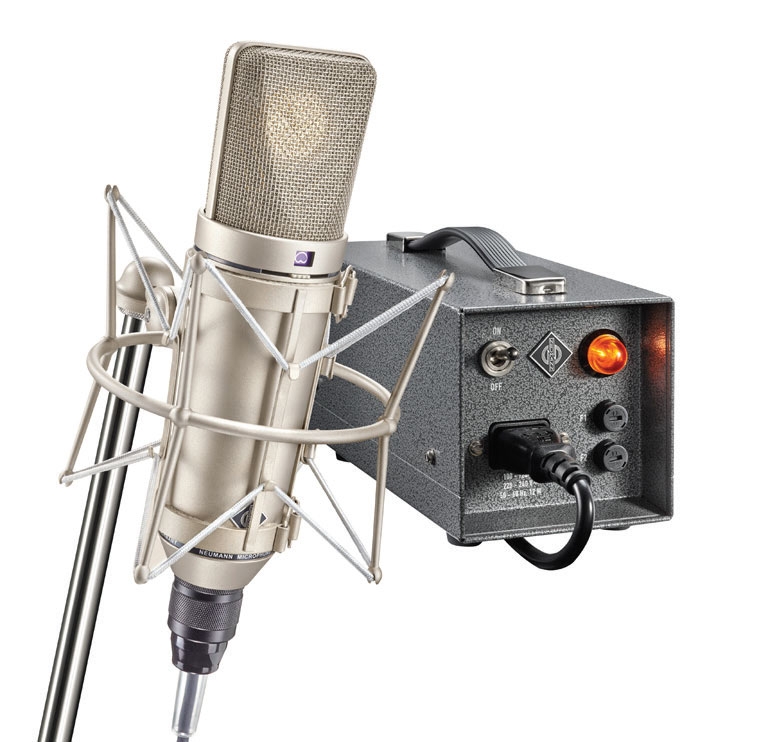 The Neumann U 67 set is well-equipped for virtually any recording task with three selectable polar patterns - omni-directional, cardioid and figure-of-8 and advanced tube circuitry

Its smooth top-end with a subtle tube shimmer makes the U 67 an outstanding vocal microphone for both male and female voices. Due to its essentially linear response in the three polar patterns, the U 67 is also a very versatile microphone for all kinds of instruments such as strings, woodwinds, brass, piano, drums, acoustic and electric guitar, bass guitar and upright bass.

RETURN OF A LEGEND
On its launch in 1960, the U 67 was quickly adopted as the new studio standard because of its extraordinary versatility and sound quality. The U 67 was the first microphone equipped with the famous K 67 capsule, which has since become associated with "the Neumann sound" and continues to be used in its successor, the U 87 A. No less important is the U 67's masterful tube circuit, which features a clever pre-emphasis/de-emphasis scheme to minimize tube hiss.

The U 67 was also the first microphone to address modern recording techniques such as close miking, with its switchable low-cut filter compensating for the proximity effect occurring at short recording distances.

Write a review about the Neumann U 67 Set

5.0
Haas
Langley, BC
July 12, 2019
Reality Check
Hey listen man, if you want the the old world sound buy an old world U67. There is no way under God's Beautiful Sun that anybody can make it sound exactly like the old one. Why? The reason is that the components are not made of the same materials anymore. Read more
Also there are new environmental issues, safety standard laws and priorities on what what things are manufactured for. This creates financial strains on these components and being made cheaper.

This is a beautiful microphone and if you're after "The Sound" this is it. Just Shut-Up and get it already you won't regret it!

4.5
Jeremy
Toronto
May 21, 2018
U67 reissue tube
I have owned original U67's which were quite magical microphones.
I have not liked most of the new Neumann products, finding them too hyped in the 5k range. I do own some of the TLM range and have enjoyed them. Particularly The TLM 193's. I was VERY sceptical that Neumann could build a U67 without messing it up with an "improvement". Read more
Though I recently purchased U47 FET reissue and really liked it. The U67 reissue is SUPERB. Has all the qualities I could have wished for, sounds magical on vocals acoustic guitar and other acoustic instruments. Well done Neumann!!
View more products from Neumann