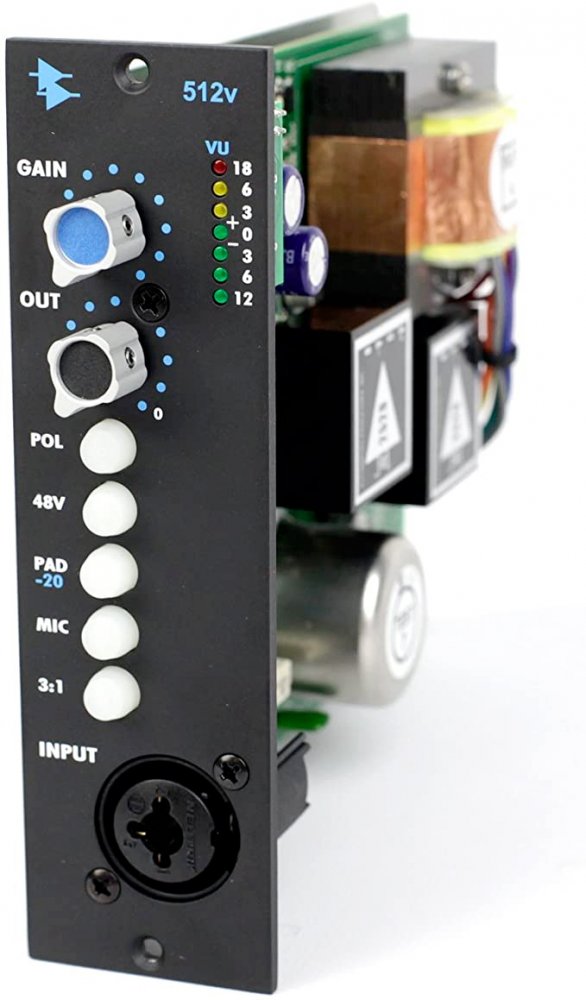 The API 512v remains faithful to the circuit designs of API's founder Saul Walker. Artfully combining those circuits with API's proprietary transformers and the incomparable 2520 op-amp, the 512v is a highly musical and rich-sounding analog mic pre, equally at home in commercial recording spaces as it is in smaller home studios. Fully featured and still hand assembled, the 512v exhibits the reliability, long life, and uniformity which are characteristic of all API products.

Write a review about the API 512V

5.0
Daryl Sarnat
Barrie, ON
May 26, 2020
There is a reason people want API mic pres!
Our studio has lots of mic pres including Neves... however we only had API EQs and Compressors so it was time to fix that problem and get an API Mic Pre... so happy with the purchase.

There is a reason everyone talks about Neve or API mic pres as the best out there... Read more
they are definitely both awesome, but they are drastically different. API is punchier and tighter... which you definitely want on certain sources and songs. I would have a hard time deciding between this and a Neve as my desert island mic pre...luckily I don't have to decide.

The 3:1 feature is going to be used a lot... that was a great upgrade by API and definitely worth the extra cost.

Gave it 5 stars because it is so awesome but I would have liked to see a TRS or Instrument button instead of a "mic" button... (The button switches between mic and DI input).. most people will be using this most of the time as a mic pre as opposed to a DI... so why not make that the default position?? And would have liked a Low Z button like on the Neves... that is a super cool feature on dynamic microphones.

As a final note we do have a couple of API clones ... and let's just say we are VERY happy with this purchase and would recommend this product to anyone.
View more products from API